The World's Greatest Elephant Gets Turned into a Wood Sticker!

When we met the folks from the Lucy the Elephant National Historic Landmark we were THRILLED that they wanted to turn her into a Wood Sticker! Located in Margate, New Jersey, Lucy the Elephant stands six stories high and offers tours that provide a spectacular 360° view of the surrounding shore area.

Take me to Lucy! 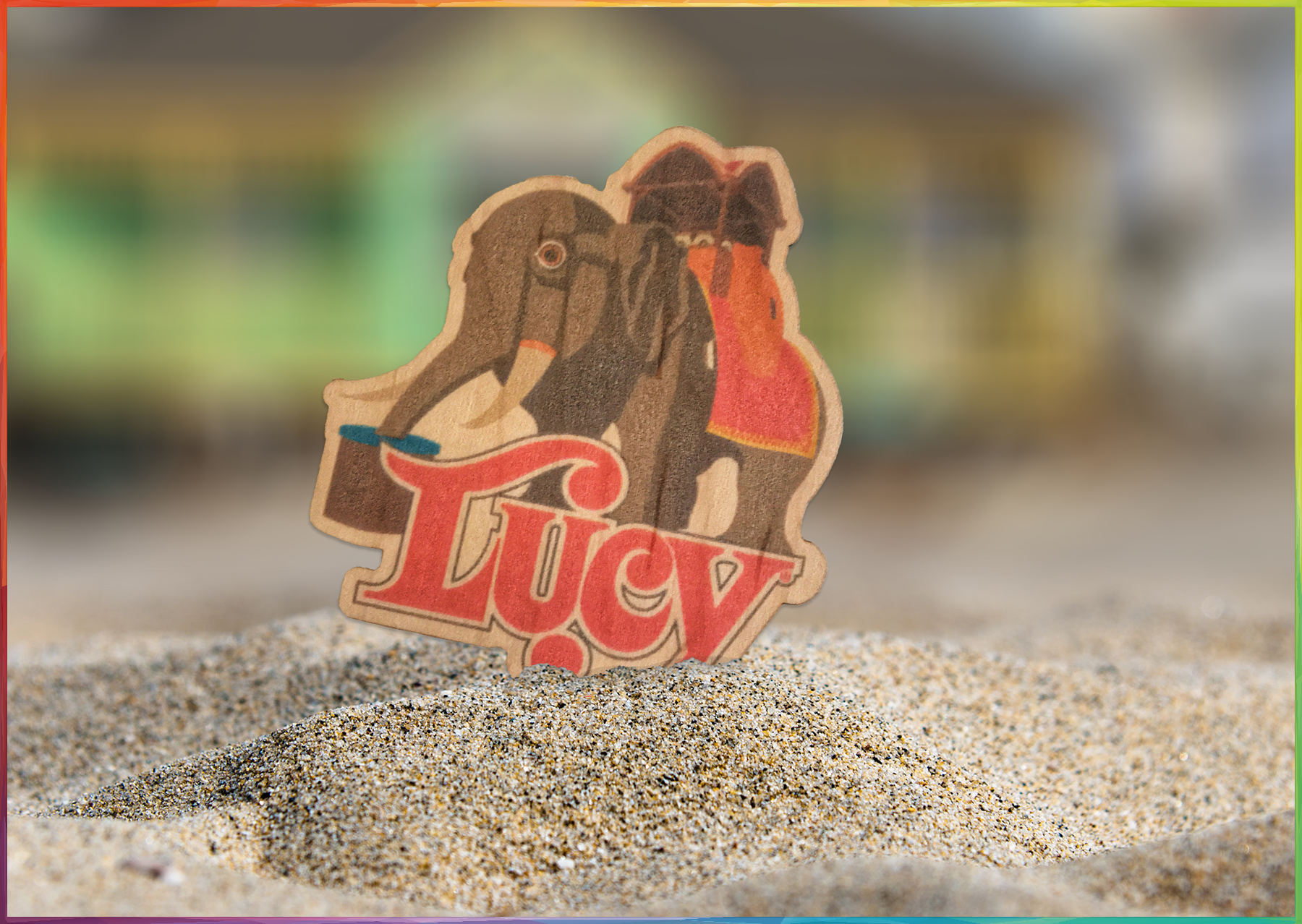 "Originally named Elephant Bazaar, Lucy the Elephant was built by a real estate speculator who owned a great many parcels of land at the Jersey Shore. In order to attract visitors and potential buyers, James V. Lafferty built a six-story, elephant-shaped building as a novelty amusement. He patented his idea, ensuring that his structure would remain a unique piece of architecture. Eventually a popular hotel business was built around the structure. Presidents and royalty came from around the world to stay at the neighboring Elephant Hotel and climb the winding stairs up to Lucy’s howdah.

During her history Lucy has survived hurricanes, ocean floods, and even a fire started by some inebriated party-goers when she served as a tavern; however, by the 1960’s it became apparent there was one disaster Lucy could not overcome -- neglect. By that time, the once proud jewel of the South Jersey isles has become an almost hopeless, wretched wreck. It was then a new developer purchased the land where Lucy stood with the intent to build a new condominium on the site. The beach and ocean could stay -- but the elephant had to go!

To the rescue came the Save Lucy Committee, Inc. Within weeks, this small group of ordinary citizens raised enough money to move the entire decaying structure two blocks away to a new site owned by the City of Margate. Thirty years and over one million dollars later, Lucy the Elephant has been completely restored to her original splendor, inside and out. In 1976, Lucy was designated a National Historic Landmark by the United States Government as the oldest example of a unique form of “zoomorphic” architecture and is known as America’s Oldest Roadside Attraction. Today, Lucy the Elephant is every bit as popular and beloved as ever. " 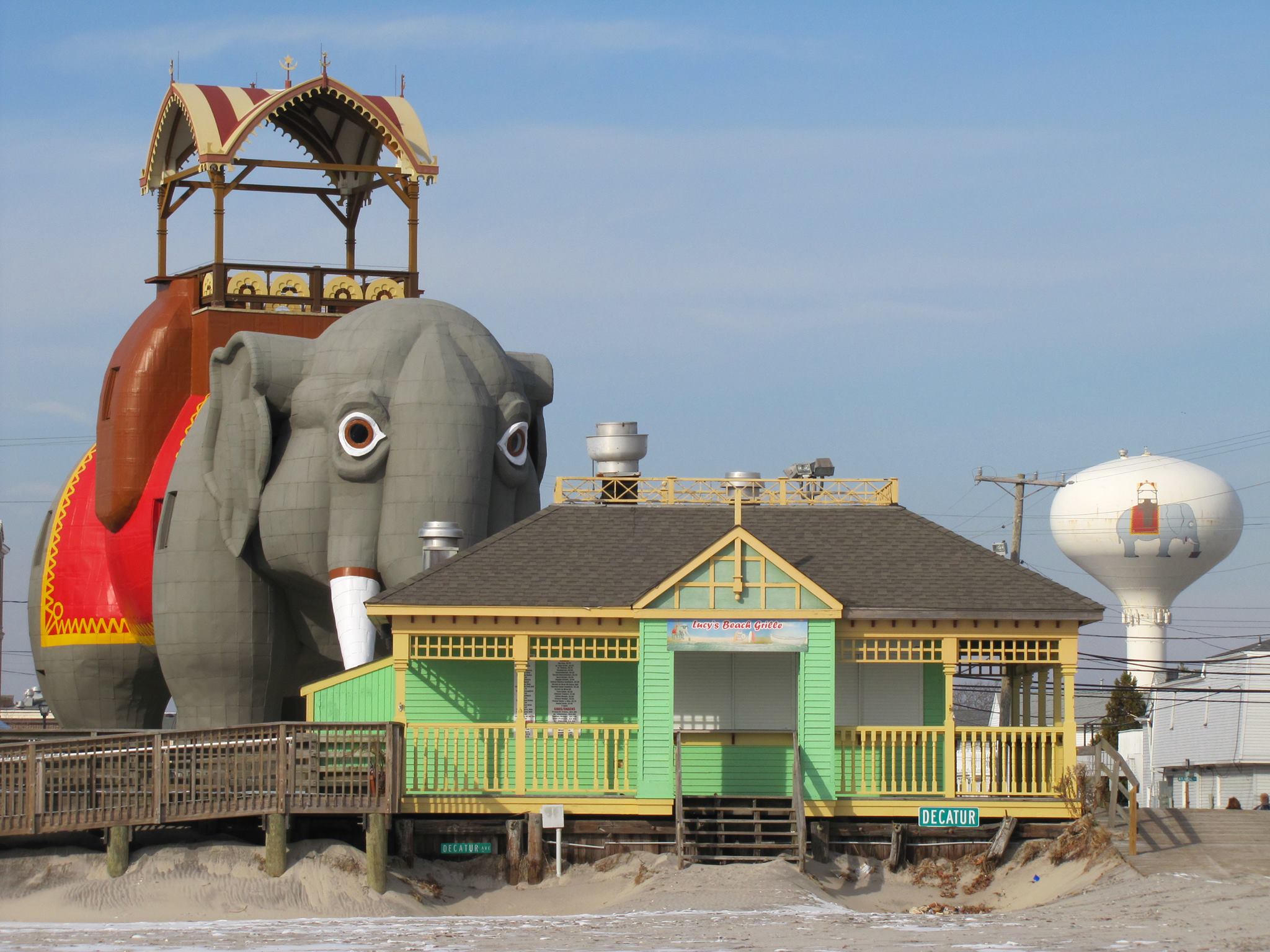