An attraction rich in history, multnomah falls is a 611-foot-tall roaring, awe-inspiring cascade of icy water.

Located in the Columbia River Gorge, the waterfall spans two tiers on basalt cliffs, and is the tallest waterfall in the state of Oregon. Dust City was thrilled to be able to create custom wood stickers displaying this landmark's true beauty.

According to the Native American Multnomah tribe, Multnomah Falls was created to win the heart of a young princess who wanted a hidden place to bathe. Now, Multnomah Falls is the most visited natural recreation site in the Pacific Northwest with more than 2 million stopping by each year to take in the views.

Benson Bridge and Multnomah Falls Lodge, are features that help make this waterfall special. In 1914, Simon Benson, a prominent businessman and owner of the falls at that time, erected the bridge which was crafted by Italian stone masons. Benson gave the 300 acre site to the City of Portland. In 1943, final ownership of the site and lodge was transferred to the Forest Service.

The Multnomah Falls Lodge was built in 1925 and is on the National Register of Historic Places. Every type of rock found in the Columbia River Gorge is represented in the lodge structure. 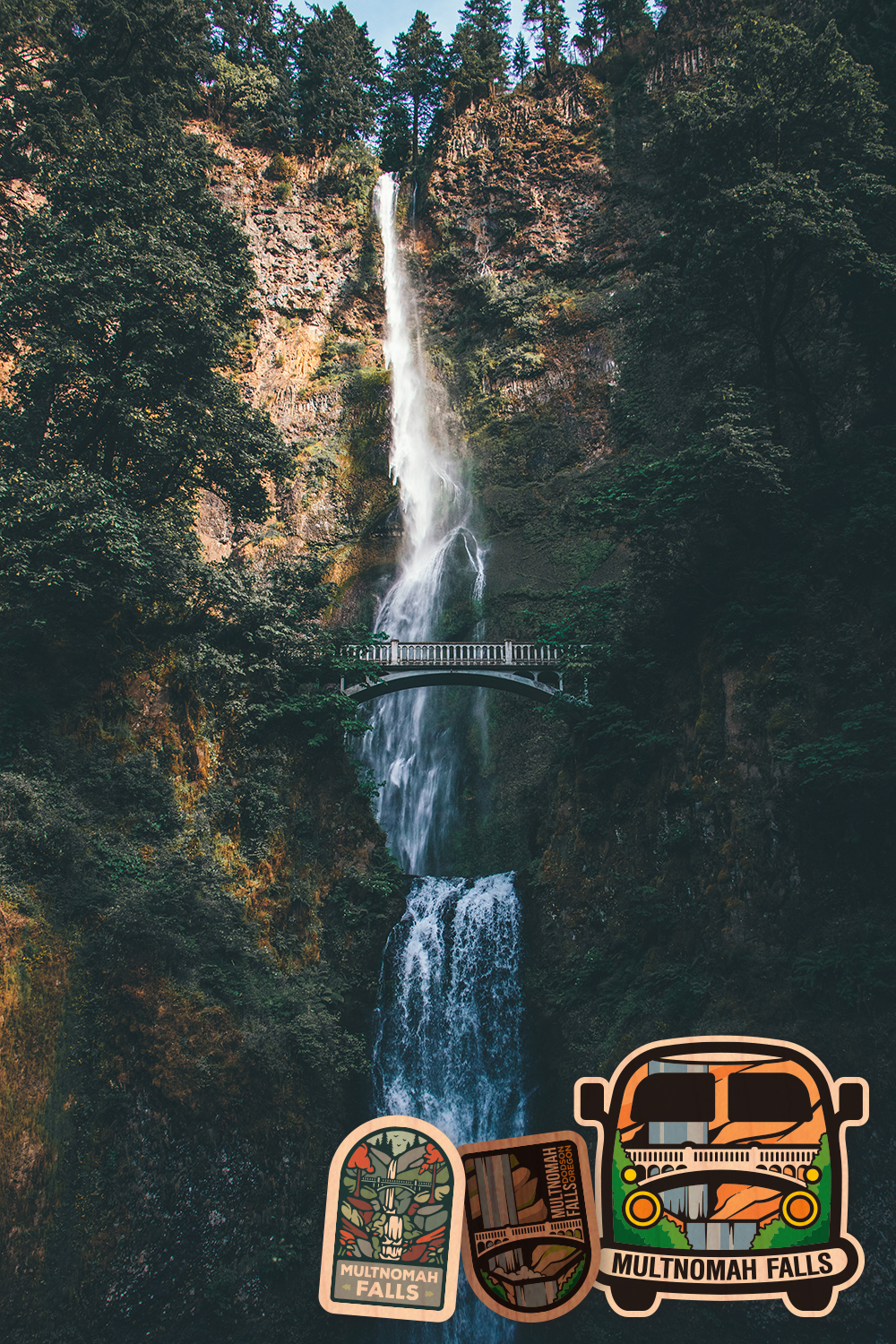 Offers upscale, Northwest-style cuisine with an emphasis on fresh and local ingredients. Their Great Room features a romantic fireplace and the atrium-style Falls Room boasts a fantastic view of the famed Multnomah Falls. Or, during the summer months, you can dine on their patio and experience the sights and sounds of the Falls! Don't forget to stop by the gift shop on your way out and get mementos or wood stickers to remember your trip!