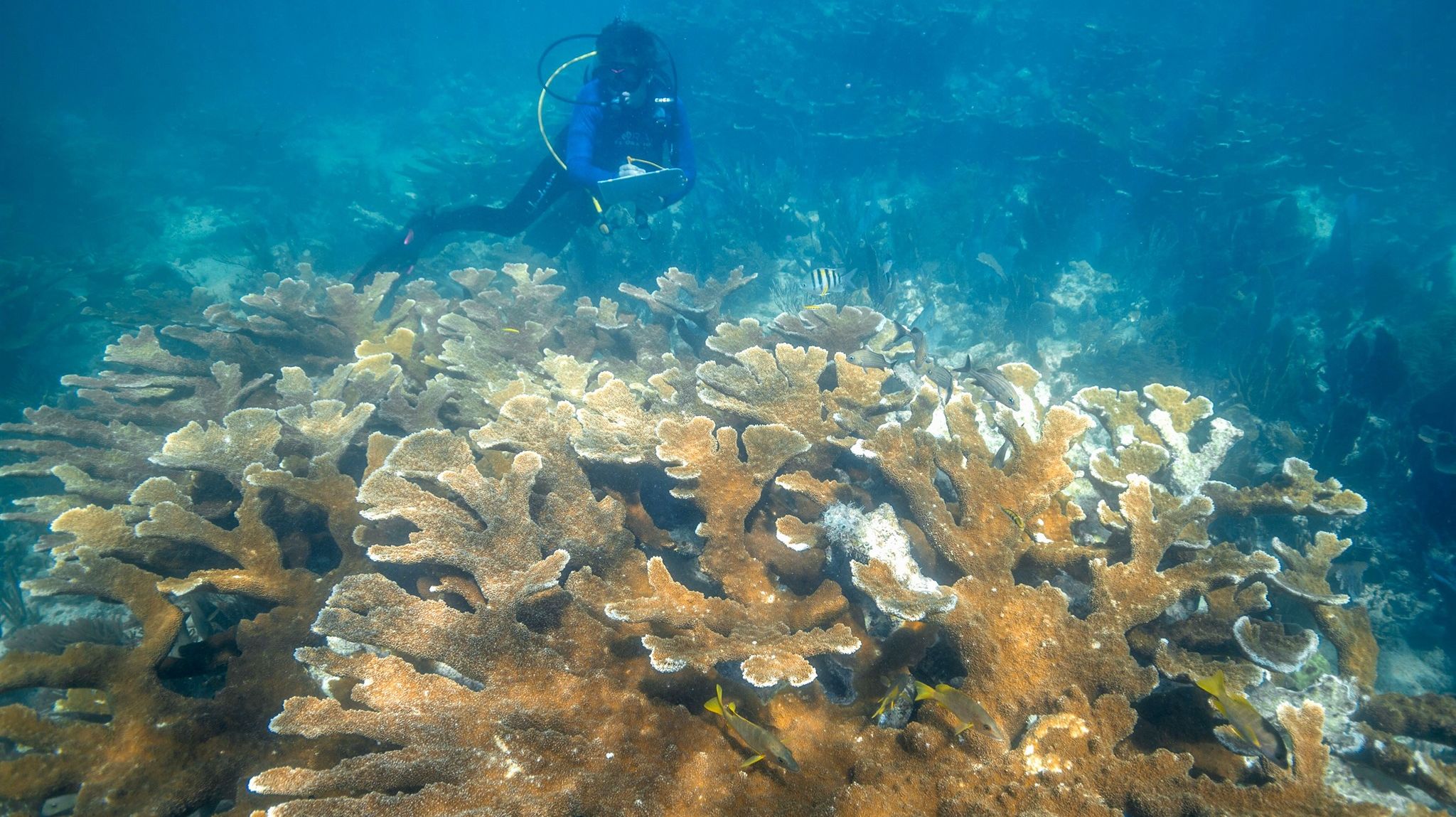 the largest coral REEF restoration organization in the world

They were founded in response to the wide-spread loss of the dominant coral species on the Florida Reef Tract. The Coral Restoration Foundation™ is headquartered in Key Largo, Florida. The story of Coral Restoration Foundation™ begins with Ken Nedimyer, a commercial fish collector and live rock farmer who, as a longtime resident of the Florida Keys, had seen, first-hand, the decline of the local reefs through the decades.

Over the last 40 years, coral reefs in the Florida Keys have suffered dramatic declines. Nearly 90 percent of the live corals that once dominated the reefs have been lost. Emergency action is required to change the trajectory of the health of coral reefs in Florida, and to protect the economy that depends on them. NOAA, the Coral Restoration Foundation™ and partners have developed a first-of-its-kind approach to restore corals at seven ecologically and culturally significant reef sites in the Florida Keys.

The project, Mission: Iconic Reefs, calls for restoring nearly three million square feet of the Florida Reef Tract, about the size of 52 football fields, one of the largest strategies ever proposed in the field of coral restoration. Over the next year and beyond, NOAA will support this effort and work with outside partners to secure additional public and private funds.

“NOAA is fundamentally changing its approach to coral reef restoration by proactively intervening to restore reef health and improve ecological function,” said Neil Jacobs, Ph.D., acting NOAA administrator. “Bold and decisive action has the very real potential to save one of the largest and most economically important reef ecosystems in the world before it’s too late.” 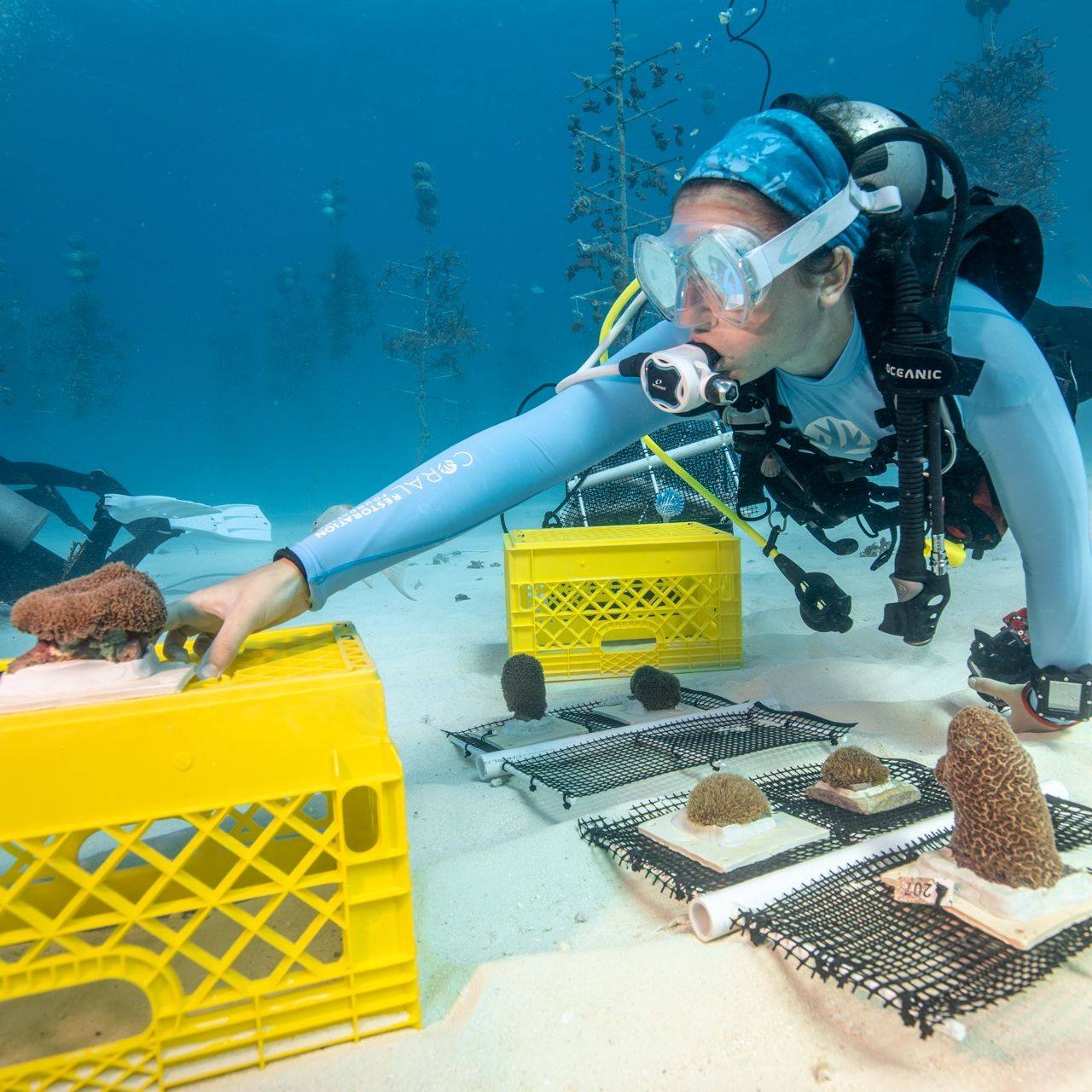 Coral reefs are the backbone of life in the oceans. They are a critical part of the web of life on our planet; reefs have been around for more than 50 million years, yet they could all be gone by the end of this century.

The Coral Restoration Foundation™ core mission is to restore coral reefs, to educate others on the importance of our oceans, and to use science to further coral research and coral reef monitoring techniques.

They work to support the reefs’ natural recovery processes through the large-scale cultivation, outplanting, and monitoring of genetically diverse, reef-building corals. They engage and empower others in the mission to save our planet’s coral reef with dive programs, educational activities, scientific collaborations, and outreach.

The Coral Restoration Foundation™ is actively restoring coral reefs on a large scale. They grow corals in offshore Coral Tree™ Nurseries, and then outplant them out onto carefully selected sites. Since 2007, they have now returned more than 120,000 critically endangered staghorn and elkhorn corals back onto the Florida Reef Tract. Many of these corals have now grown into thriving colonies with the ability to spawn, kick-starting the reefs' natural process of recovery.

Their approach is guided by research. They work with 415 coral genotypes across 11 species, to ensure that we are restoring the reefs' genetic diversity and resilience. They rigorously monitor our outplanted corals and use data to inform our strategic development. They work with government agencies including NOAA, universities, NGOs, and others. 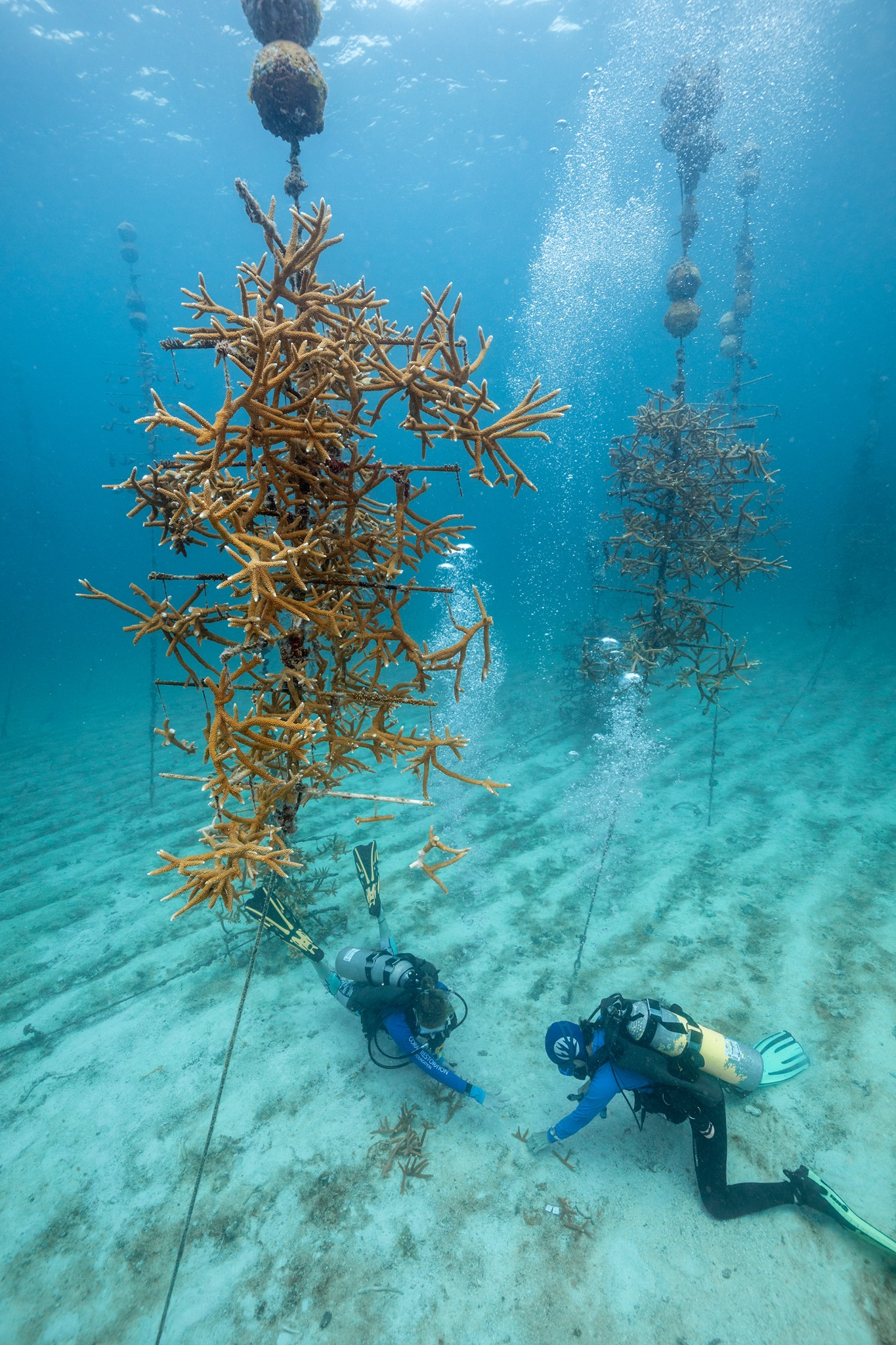 They are engaging and empowering the community. Recreational Dive Programs let all ocean lovers make a difference. Presentations at their Exploration Center can be tailored for any group. Their educational materials complement the National Curriculum. Internships provide university-level students with vocational training and experience. 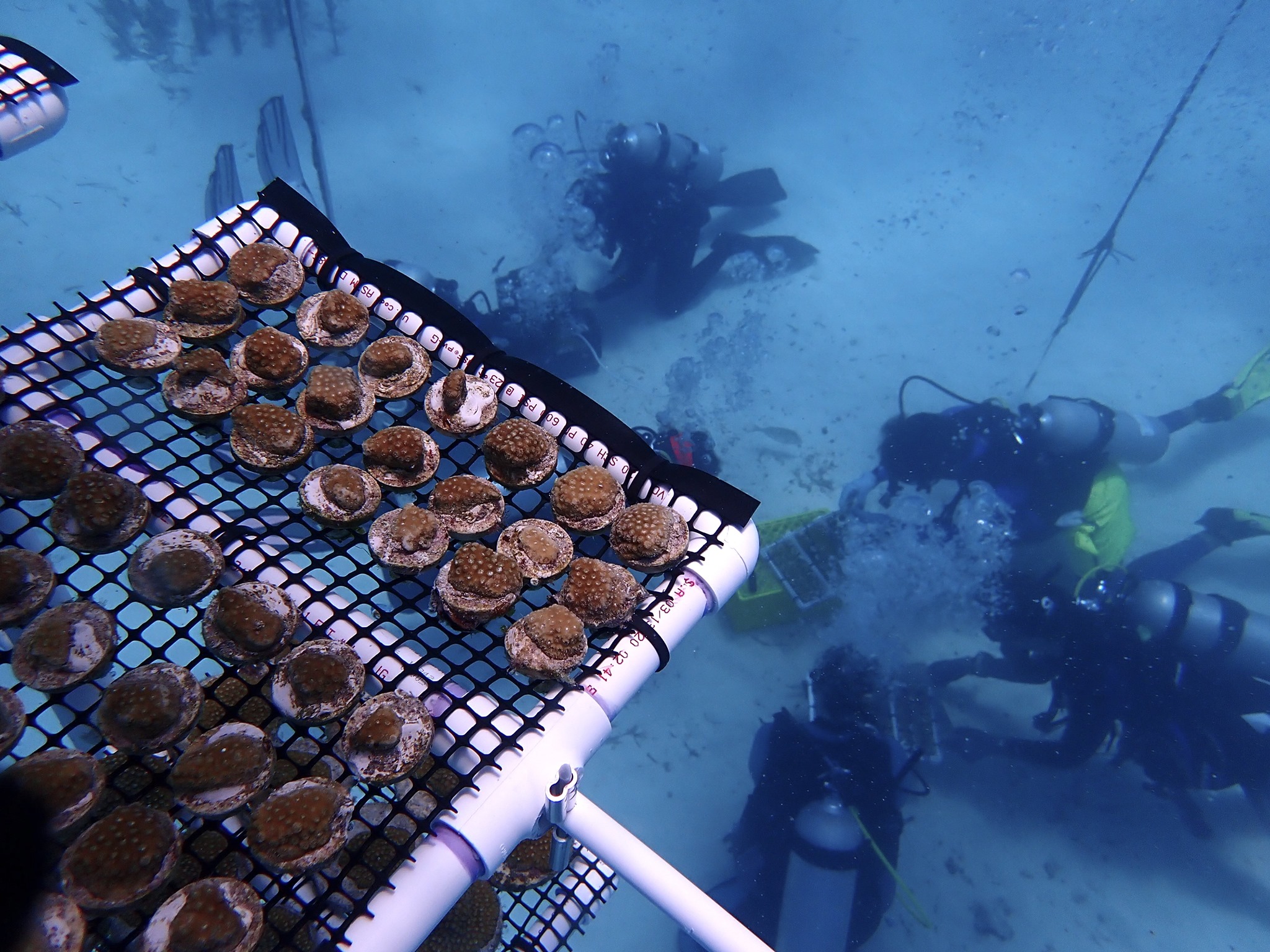 Interested in learning more, or getting your own Coral Restoration Foundation™ wood sticker?